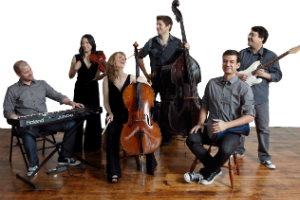 “Chamber music got a kick in the pants.” – The Washington Post